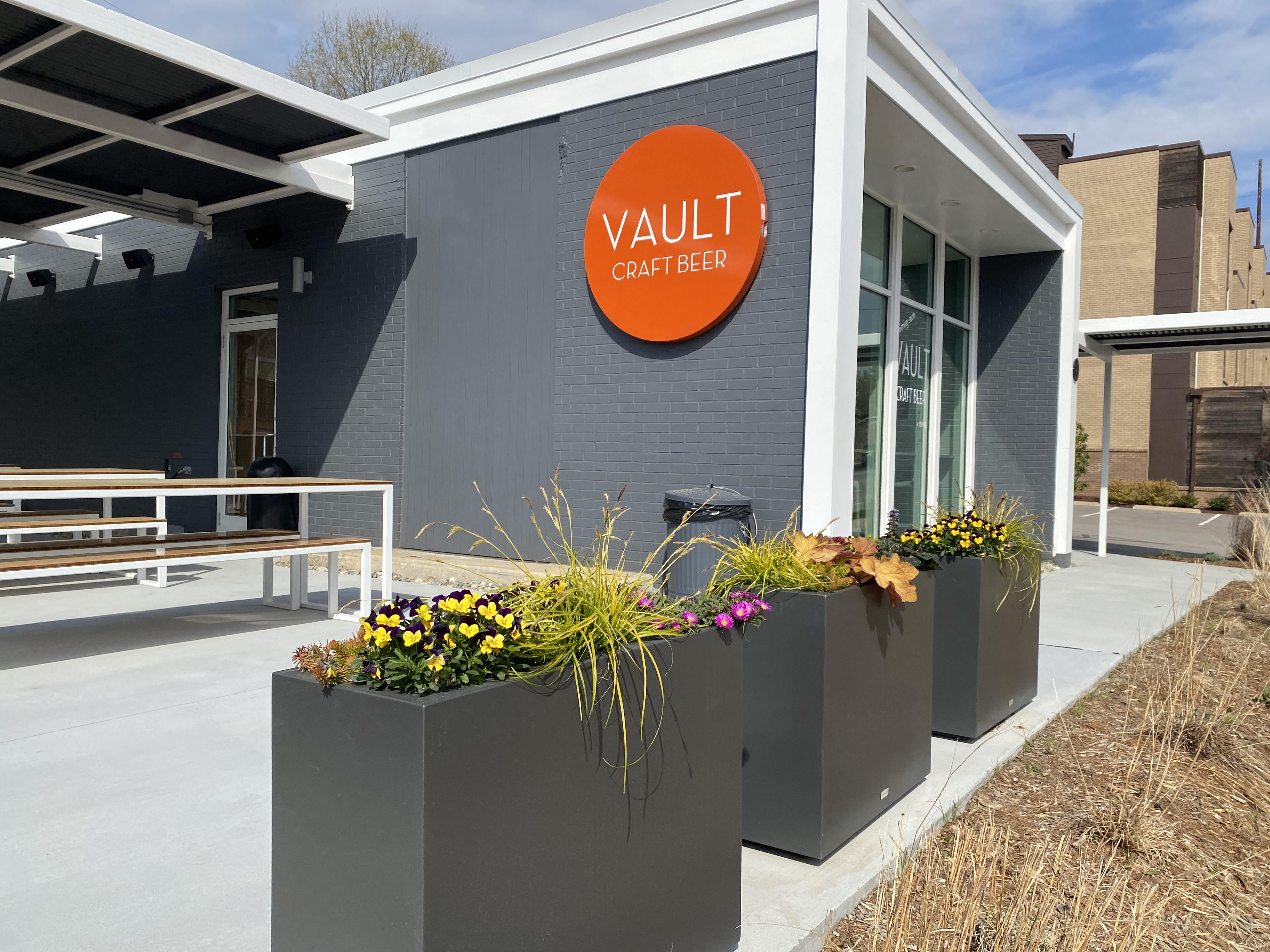 Settled between The Raleigh Convention Center and historic Boylan Heights neighborhood sits a building constructed in 1957. Acclaimed architect F. Carter Williams, FAIA, designed the building for the First National Bank. At the time, it was one of the first 'drive-thru' banks in Raleigh. The current owners used the buildings original plans to restore and preserve it’s sleek, mid-century modern architecture. Instead of a teller counter, Vault Craft Beer has 16 taps for draft beer and two large built-in coolers with cold beer to drink on site or take home.