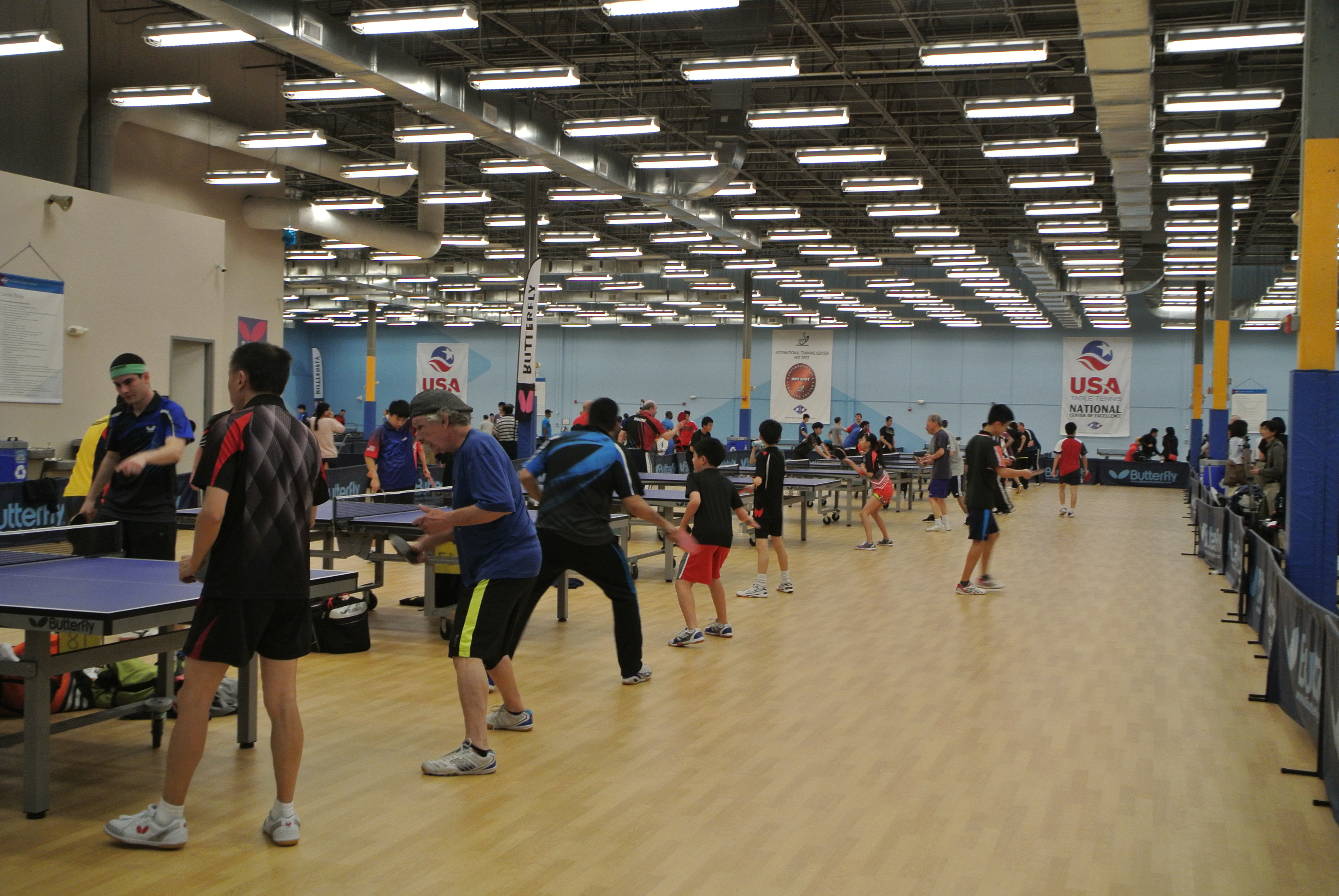 These are heady times for the Triangle Table Tennis facility in Morrisville, N.C. The center, true to its roots, remains a place for every type of player—success hasn't gone to its head.

You can still walk in and play the old-school, rec-center favorite you call Ping Pong. Or you can wander in and be amazed by the talent on display for a Mon. night league, or be wowed by a pre-teen's practice routine reminiscent of the rapid-fire scene in Forrest Gump, but without the special-effects assist.

The speed, the spin, the angles—it's all real at the space that not long ago housed light manufacturing, packaging and distribution. If you haven't been down Perimeter Park Dr. near the airport lately, you might not even notice that one of the tenants is Triangle Table Tennis, which runs the largest table tennis-specific facility in the U.S.

It's March, and that means tournament time around here. In the final days of the month, a different sort of madness will take hold at the center, where brackets are certain to be scrutinized. First, from March 23-26, is the U.S. National Team Trials, the event that will determine the four men and four women to represent the U.S. in the world championships in Düsseldorf, Germany.

"That's quite a coup for us to be so new on the scene and invited to host that event," said Ann Campbell, the president of Triangle Table Tennis.

After the national team is chosen, some players who take part in the trials will remain in Greater Raleigh to play in the annual Butterfly Cary Cup, a four-star tournament with an international field that includes more than $18,000 in prizes. That event is the following weekend, March 30-April 2.

Space and time no longer a limitation

• The loading dock doors were covered with banners that feature player silhouettes.
• The walls, formerly white, were painted blue, so that the white balls are more easily seen.
• The concrete was replaced with more forgiving padded flooring.
• The lights and HVAC ducts were raised closer to the ceiling, to give the required 17 feet of space above the courts.
• The lights are a tournament-approved 1,400 lux, a measure of intensity.
• The HVAC system features dual deflectors that prevent unwanted downdrafts.

In addition, the center's locker rooms and some of its courts meet standards for the Americans with Disabilities Act, meaning it can host Paralympic-level events. It has a pro shop with a variety of items. In addition to providing complimentary assembly of rubber components and wood racquets, the center has the free expertise of many top-level players and coaches, who can offer counsel on how a certain rubber surface fits specific playing styles.

The center also features the USA Table Tennis Hall of Fame, which honors standout players and includes memorabilia from the sport's history, including a section on "Ping Pong Diplomacy" from the 1970s.

For most Americans, the sport's history is communal, with memories of games played in a recreation room or basement with family and friends. That is the case for Tom Gabriel, the center's manager and an internationally certified coach.

"My family played tennis and other sports, and my brother and I were very competitive," he said. "We had a Ping Pong table in our basement, and we played on occasion.

"It was considered a pastime, a recreation activity, something you do for fun every now and then. Most people, if you don't get exposed to a tournament, you don't realize the difference. ... The athletes are amazing, and they do ridiculous, incredible shots. Table tennis at a high level is fun to watch, because of what can be done with the racquet and the ball. To me, it's more fun than tennis, because it's such a quick sport, always something happening."

That seems like an apt description of Triangle Table Tennis: It's moved quickly, and there's always something happening, even after the events later this month.