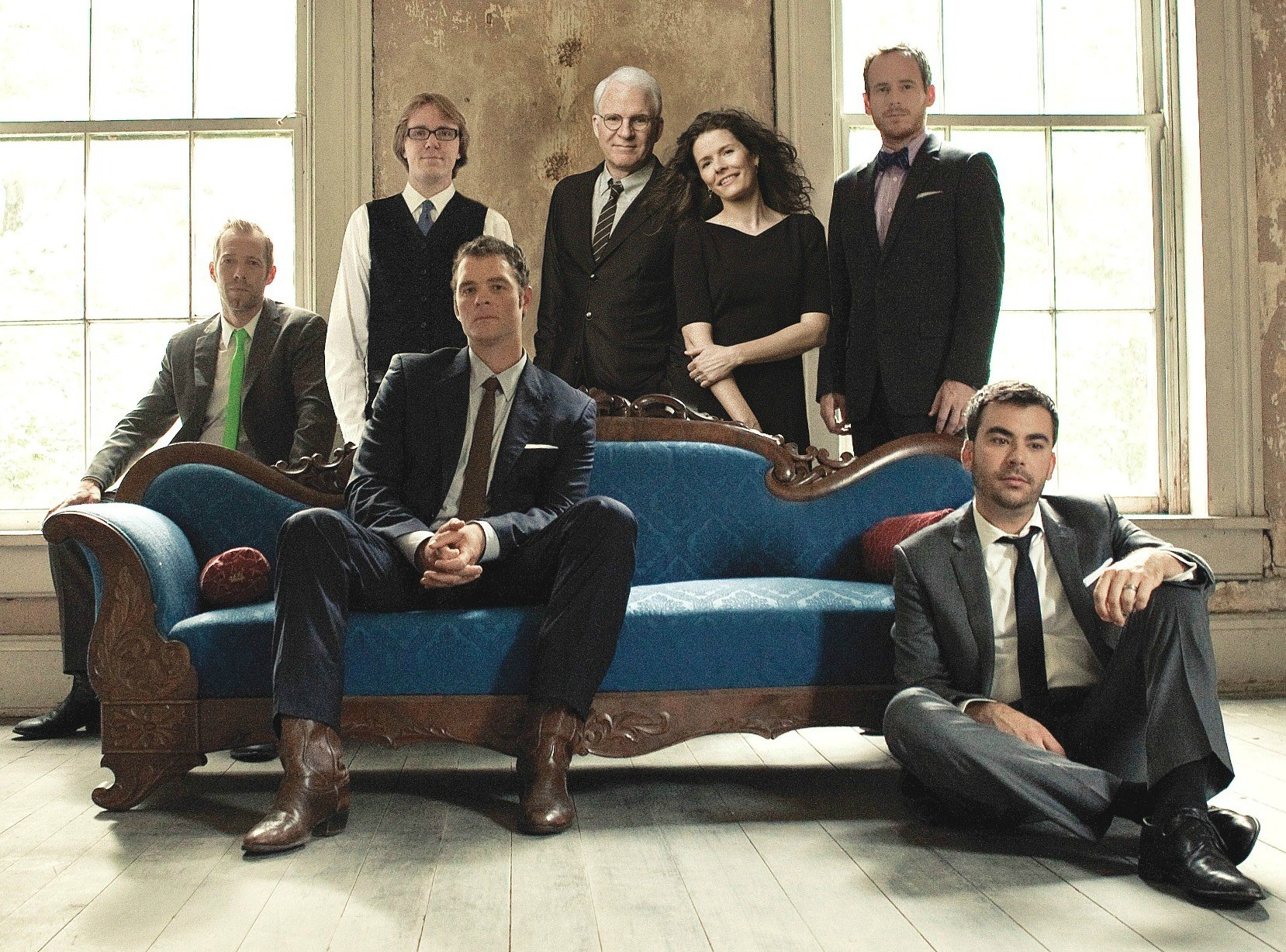 Nashville, Tenn. (May 1, 2013) - The International Bluegrass Music Association - IBMA - is pleased to make its first announcement of talent for the newly-named Wide Open Bluegrass festival, to be held at the Raleigh, NC Convention Center and Amphitheater on September 27th and 28th.

The initial slate of artists scheduled to perform at the Wide Open Bluegrass festival include a special collaboration between bluegrass giants Sam Bush, Jerry Douglas, Béla Fleck, Alison Krauss, Del McCoury and Tony Rice, a performance from one of the most anticipated tours of the summer, Steve Martin and the Steep Canyon Rangers Featuring Edie Brickell and the acclaimed Punch Brothers, with their first appearance at the IBMA festival.

Tickets for the Wide Open Bluegrass festival will go on sale May 15 for IBMA members and May 29 for the general public. Bluegrass fans can join IBMA in order to take advantage of early ticket availability and member discount rates, by calling 1-888-GET-IBMA or going to www.ibma.org.

Additional ticket information for the Wide Open Bluegrass festival - as well as the full slate of performers - will be announced in the coming weeks.

Friday night's performance from artists Sam Bush, Jerry Douglas, Béla Fleck, Alison Krauss, Del McCoury and Tony Rice offers a unique reunion of recipients of IBMA's inaugural International Bluegrass Music Awards, presented in 1990-a group of artists whose names are synonymous not just with the best in today's bluegrass, but with the most memorable acoustic music of any kind. Rooted in tradition yet with distinctive, forward-looking visions that have propelled bluegrass music into the 21st century and brought its sounds and influences around the world, these are true masters who are equally at ease in bringing audiences to the edges of their seats with finely-wrought intimacy, and to their feet with bold instrumental virtuosity and signature vocals. Individually, they have been among the genre's most important role models and musical mentors for the current generation of bluegrass musicians. Though they're friends and colleagues of long standing, this appearance marks their first time together on stage in more than 20 years. Mark Schatz, Bass Player of the Year in 1994-1995, will be standing in for the late Roy Huskey, Jr., who took top IBMA honors on Bass from 1990-93.

Audiences are already familiar with the award-winning combination of actor/musician Steve Martin and the Grammy-winning bluegrass band Steep Canyon Rangers; the addition of artist Edie Brickell to their spring/summer tour - which will take them from Town Hall in NYC to the LA's Hollywood Bowl - has made them on of the most talked-about tours of the year. The Washington Post has nothing but praise for Martin and Brickell's new Rounder album, "Love Has Come For You, " declaring that "Mixing the traditional with the modern, Brickell and Martin find a comfortable groove on what may seem like an unlikely collaboration but that turns out to be a perfect fit."

"With a new host city on the horizon for our annual World of Bluegrass gathering, it was the perfect time for IBMA to assemble a spectacular, one-of-a-kind artistic lineup to celebrate the move," said IBMA Executive Director, Nancy Cardwell.